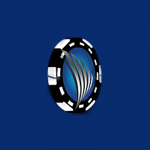 On May 23 and 24, 1865, before the soldiers were mustered out of the Union Army, a Grand Review of the Armies was held in Washington, D. C., to honor the victorious troops. President Andrew Johnson also hoped to elevate the mood of a city that was devastated by the loss of President Abraham Lincoln. Over two hundred thousand soldiers marched from the Capitol to the White House before the largest crowds ever seen in that city. In a letter to Anna, Edwards estimated the number of spectators to be around fifty thousand.

On the first day, Edwards and the men of the Twenty-ninth Maine along with the Army of the Potomac and the Army of the Shenandoah marched past the reviewing stand where Johnson, General Ulysses S. Grant, and other dignitaries watched. General Meade, who was victorious at Gettysburg, led the eighty thousand soldiers of the Army of the Potomac with meticulous precision, which by all accounts was an impressive sight. He then dismounted his horse at the reviewing stand in front of the White House to join the other dignitaries so that he too could salute his men who passed by over the next six hours.

On the second day, General William T. Sherman led both the Army of Georgia, which had just completed a two thousand mile march through the heart of the Confederacy, and the Army of Tennessee that had arrived at Washington by train. Though tattered and worn, Sherman and the approximately sixty-five thousand troops were met with excitement and interest.

Written on a banner seen by Abial Edwards as he marched in the Grand Review.

In his May 26 letter to Anna, Edwards gave a detailed account of the review. He described that Tuesday, May 23, as a “splendid day just cool enough to be pleasant” and wrote that the welcome the soldiers received would be long remembered by all. He talked about the large crowds, the decorations and pageantry, and the banners written with warm wishes. The majesty of the event impressed Edwards as “probably the greatest thing ever seen on this continent. He rode on horseback at the front of his brigade with General George L. Beal. In a letter to his sister Marcia, he told about seeing Generals Grant and Sherman and President Johnson on the reviewing stand. He felt would never see their like again. Edwards talked about the camaraderie between soldiers and said a cavalry man from the 6th Pennsylvania Cavalry gave him his saber that he had with him in the Shenandoah Valley as a part of Sheridan’s Army and at Richmond. Edwards wore the saber all day. Edwards told her that it was greatest day of his life.